In Remembrance Bell and Roger Pass 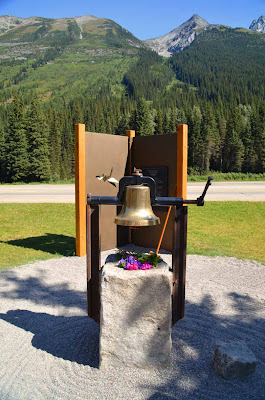 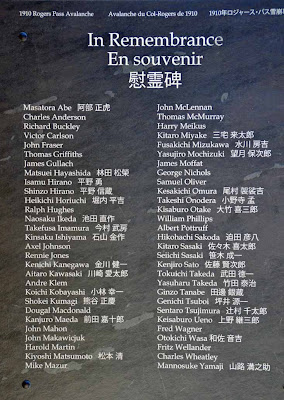 The Rogers Pass Avalanche occurred on March 4, 1910, a crew of over 60 men was dispatched to Rogers Pass, B.C., to clear the railroad tracks of an avalanche that had fallen earlier in the day. As the men were working, a second avalanche stormed down on them. Rescue parties dug 58 people out of the avalanche and 4 more were found when the snow melted in the spring. 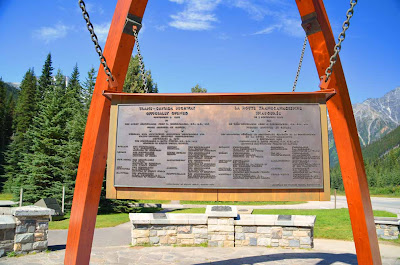 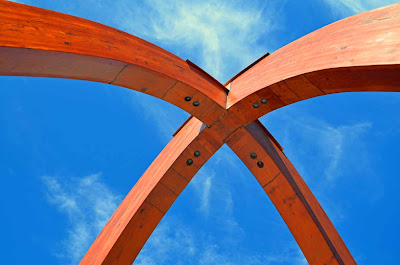 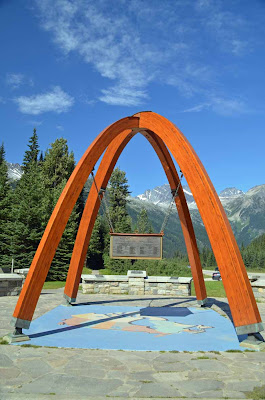 Rogers Pass (elevation 1,330 m) is a high mountain pass through the Selkirk Mountains of British Columbia used by the Canadian Pacific Railway and the Trans-Canada Highway. The pass is a shortcut across the "Big Bend" of the Columbia River from Revelstoke on the west to Donald, near Golden, on the east. The pass was discovered on May 29, 1881, by Major Albert Bowman Rogers, a surveyor working for the Canadian Pacific Railway.
Rogers Pass is in the heart of Glacier National Park, in the midst of mountains popular for ski mountaineering, camping, hiking and mountain climbing ever since the region became accessible in 1886. The location has tourist services including the Rogers Pass Discovery Centre, a hotel and National Park services. Rogers Pass is commemorated as a Canadian national historic site.
http://en.wikipedia.org/wiki/Rogers_Pass