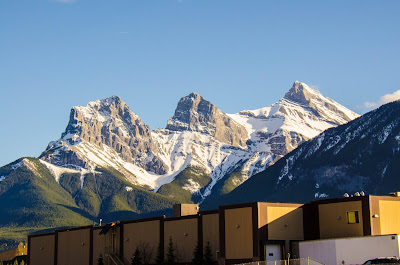 The Three Sisters are a trio of peaks near Canmore, Alberta, Canada.

They are known individually as Big Sister (Faith), Middle Sister (Charity), and Little Sister (Hope).
In the traditional language of the Îyârhe Nakoda (Stoney), the peaks are also referred to as the three sisters. However, the name refers to a story of Ĩ-ktomnĩ, the old man or trickster, who would promise "three sisters" in marriage whenever he was in trouble.